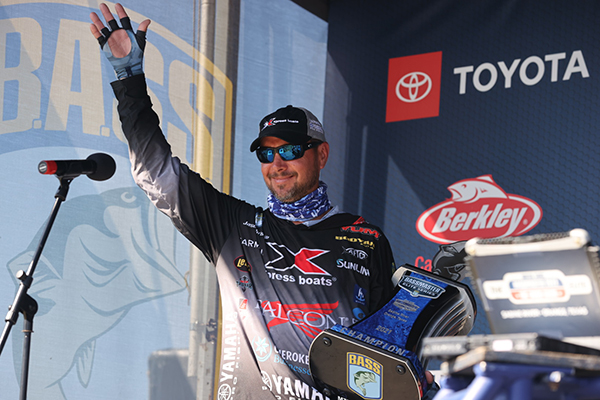 Jason Christie has been a bass fisherman for more than 35 years, long enough that he can’t remember his first largemouth or even his first bass tournament, but chances are the Yamaha Pro won’t soon forget his Bassmaster® Elite victory on the Sabine River in Texas this past April.

During the four-day event, Christie ran approximately 70 miles each day to a tiny, remote creek where he could throw his spinnerbait or flip visible cover for four hours before beginning the long, tortuous run back to the weigh-in. There were no places to re-fuel along the way, so he was limited to 40 gallons of gasoline for the round-trip. That was only one of several on-going challenges he faced.

On the third day of competition, the river rose six feet and completely flooded the visible cover he’d been targeting. Christie had been leading the tournament since the second day, but just barely; entering the final day his lead had fallen to only 15 ounces.

Read the rest of the article on YamahaOutboards.com